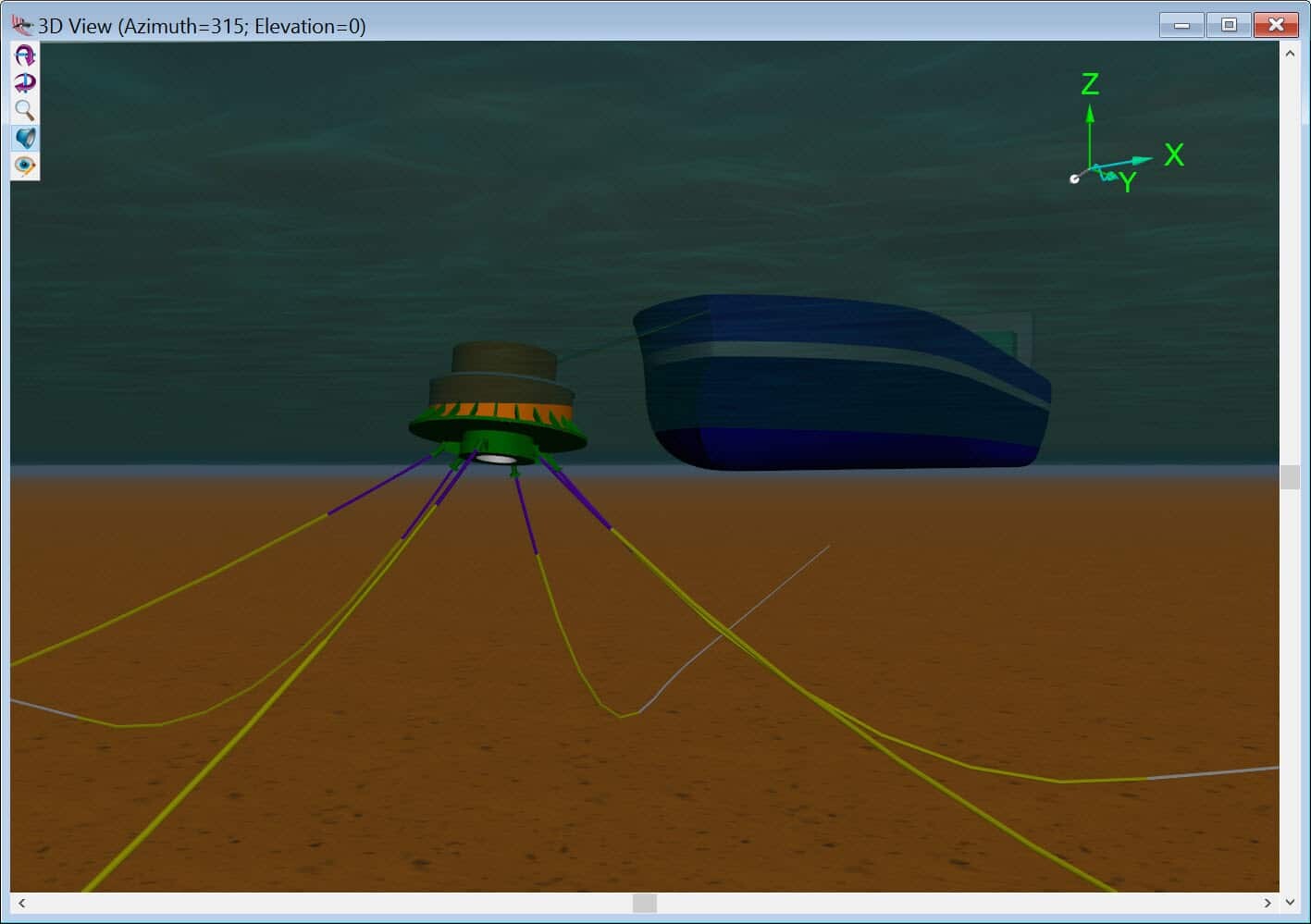 As part of its service in the off-shore oil and gas industries, Stewart Technology associates has developed a wide variety of custom oil and gas software that represents the industry standard in marine training simulations, design and analysis of marine structures, and tools for laying out and installing marine systems.

Here is an overview of several of the custom oil and gas software applications offered by Stewart Technology Associates:

Used in conjunction with custom simulation hardware, the jack-up simulator helps new users learn how to operate jack-up oil platforms in a safe and efficient manner while accurately simulating real-world scenarios, including common operational problems. In the physical simulator, trainees operate a jack-up control panel that is similar to the control panel in existing operational designs, and it is mounted on a tilting table that can simulate the movements and attitude of an actual jack-up rig to within less than 1/10 of a degree of accuracy. The software simulates realistic conditions such as leg damage to the jack-up and punch-through, allowing the operators to experience and prepare for emergencies that may happen in real-life scenarios. The software runs on a standard PC and can operate alone or in conjunction with a physical simulator.

STA 2POINT is a software program designed to simulate the effects of both lateral and longitudinal forces on a vessel that is moored in a two-point mooring system. It calculates the forces and the loads created by wind, ocean currents, and waves on the vessel, and is designed for situations where the vessel is in shallow water and there is little or no pretension applied to the mooring lines. It accounts for stretching of the mooring lines and uses the US Navy’s methods for determining wind and current loads.

This software simulates the mooring forces at work on a single vessel that is moored at a single-point mooring system, taking into account the forces of the wind, currents, and waves on the vessel according to direction. It is designed specifically for tankers that are moored in single-point systems, using either bow hawsers or bow turrets. A second tanker, offloading in tandem, can also be simulated with either astern thrust or assistance from a tug boat.

STA ANCHOR is a computer program designed to calculate the holding capacity and predict the drag anchor embedment of a particular anchor design. The operator selects from a variety of standard anchor sizes and geometries, and customize the geometry according to a particular design. Combined with the specific characteristics of the sea floor, the program determines the holding capacity of the anchor and the vertical and horizontal forces at work on the structure of the design. This enables the anchor to be tested and redesigned to meet specific requirements. The software can be used in conjunction with other programs to perform a full analysis of the anchor design and related hardware, including the STA CHAIN, STA PILE and STA PULLOUT programs.

This software is used by a variety of liftboat manufacturers and designers, as well as the US Coastguard, to help design three-legged liftboats and to analyze and verify the design. It simulates the forces at work on the lift boat when it is in the fully elevated position, including the forces of wind on the structure above the water, as well as the effects of the currents and waves on the legs. It independently analyzes wind loads on each section of the exposed structure, including the hull, the crane, and the superstructure. Many of the inputs can be customized to match the design of the structure and the characteristics of its location, including the loading condition of the liftboat, the water depth, the amount of pad penetration into the sea floor, the stiffness of the pad restraint provided by the soil, and many other variables. With this software, the design can be tested in real-world conditions and be altered to meet the criteria required for the application.

In addition to oil and gas software, Stewart Technology Associates provides a wide range of other consulting services for both the oil and gas industry and many other marine-related industries.

Marine Accident Investigation: Get The Answers You Need

Orcaflex Is A Necessary Component To Working On The Water